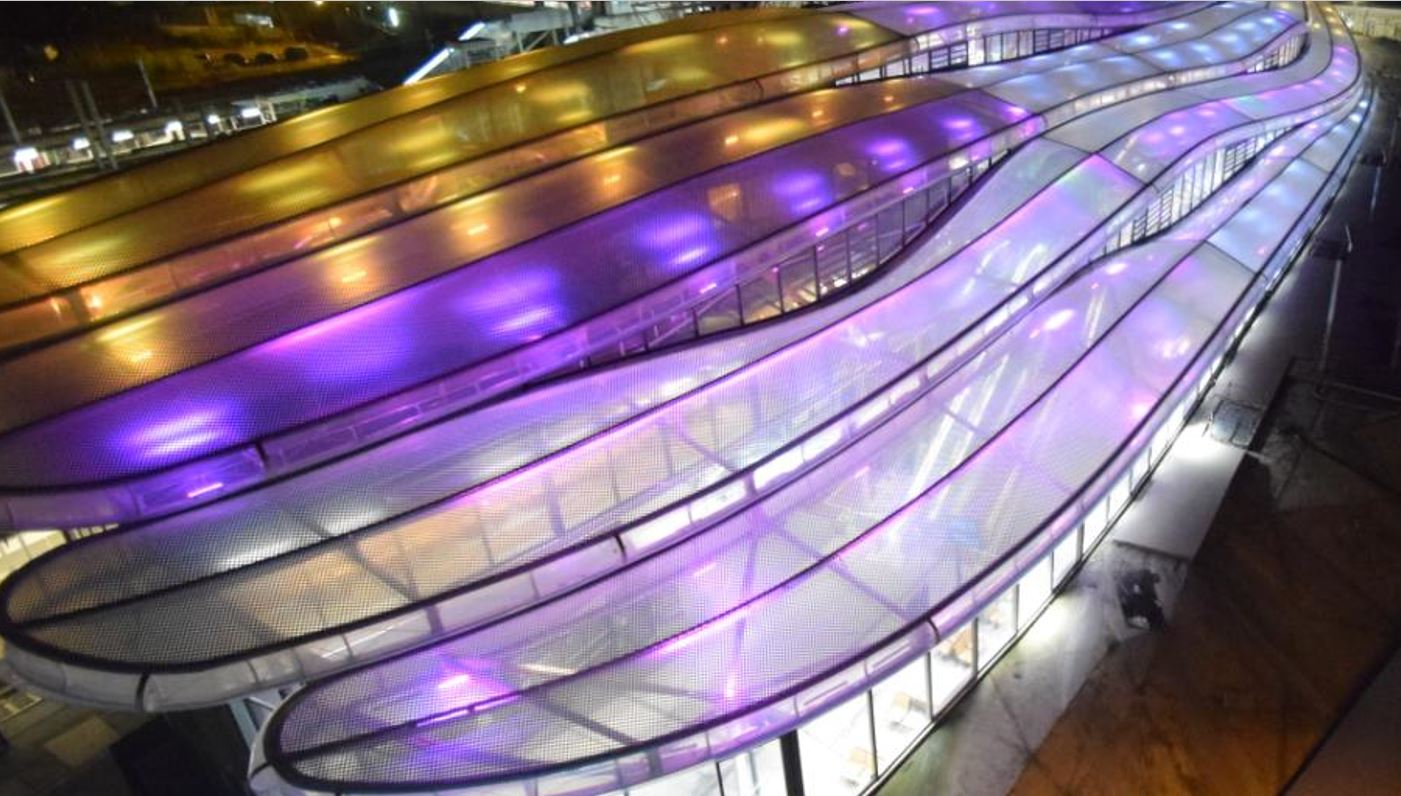 Taiyo Europe GmbH participated in the delivery of the ETFE film roofing and façade work for Rennes Station in France, as a part of the area’s large-scale redevelopment.

The newly completed Rennes Station roof runs longitudinally along the Rennes Station, which hosts more than 18,000 passengers each day. Initially the south and north side of the station was divided, hindering the passengers going through the station. With a new railway line planned to be added, Rennes Station began a large-scale redevelopment, with the goal of a smooth traffic flow.

The design of the new station building was inspired by the mist and forestry of the Brittany region. Taiyo Europe GmbH was contracted to engineer, fabricate and install the north side roof, south side roof with adjustable lighting and façade work for the station building, using ETFE film. The end result was the use of 7 types of ETFE film cushions, with differing film thickness and cushion layers. A total of 128 panels were used to cover the 3,500 square meters of roofing and 1,000 square meters of façade.

The south side roof with adjustable lighting utilizes inner pressure to move the middle layer of the cushion, which changes the degree of overlap of the print on the film, thereby adjusting the rate of solar radiation heat gain. It allows glare-free natural light to the space beneath during the day and integrated LED lighting effects to take center stage after nightfall. Being that the station is a multi-level building, the transparency of the ETFE film allows ample natural light to reach the floors beneath. 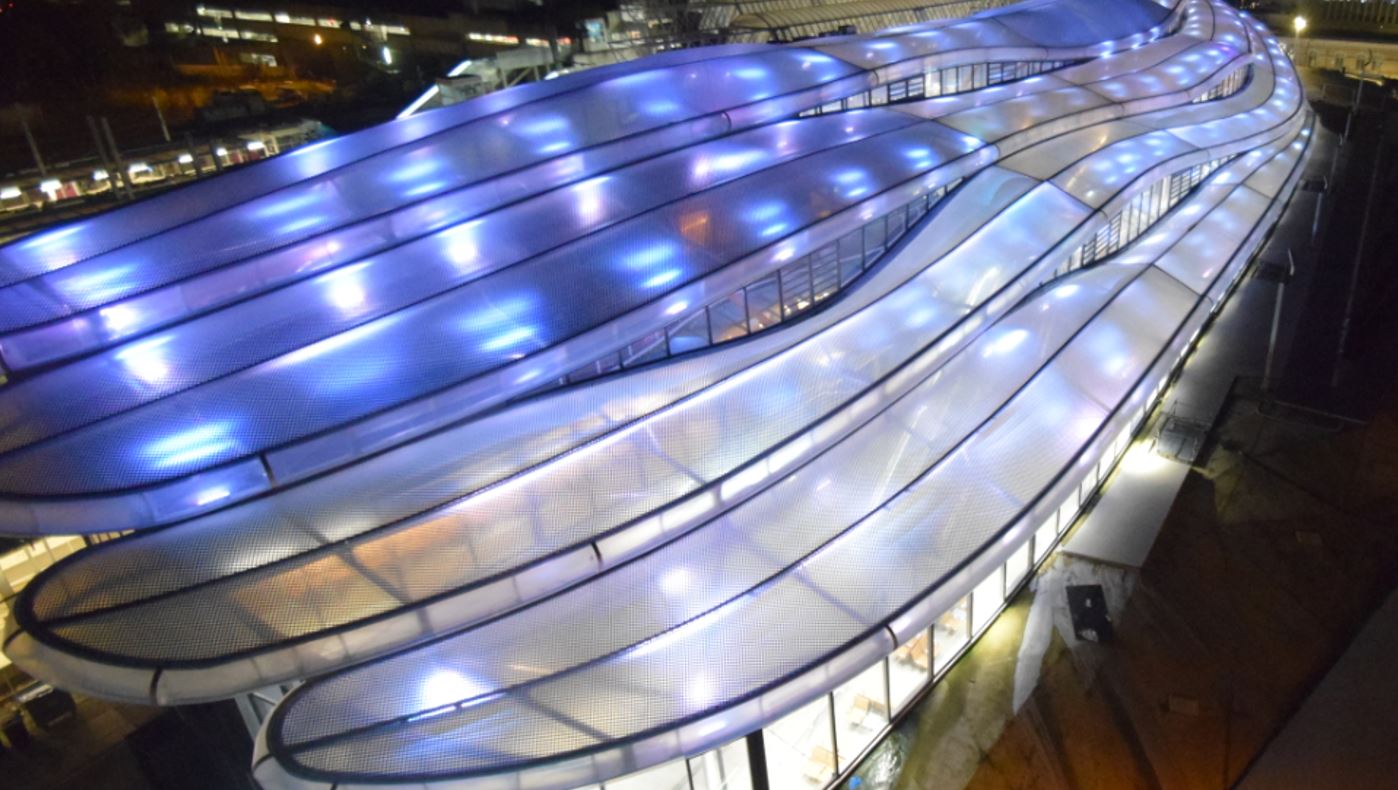 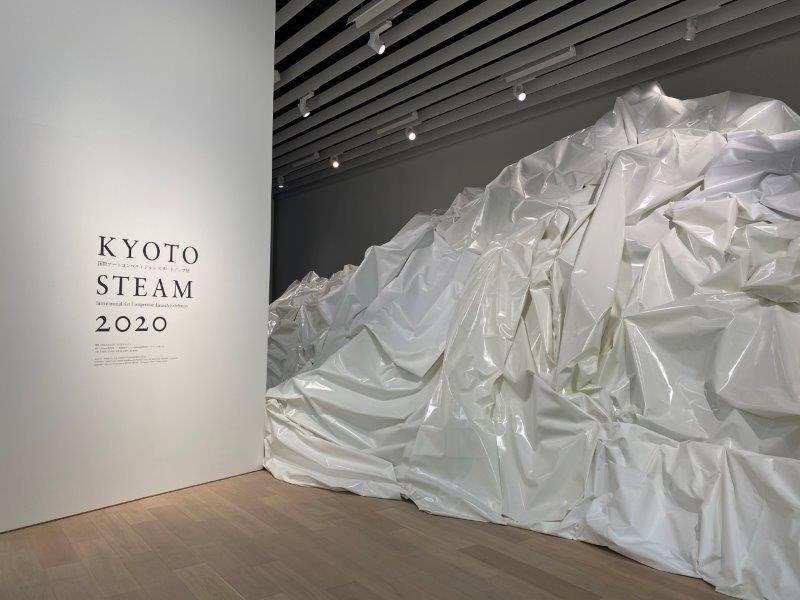 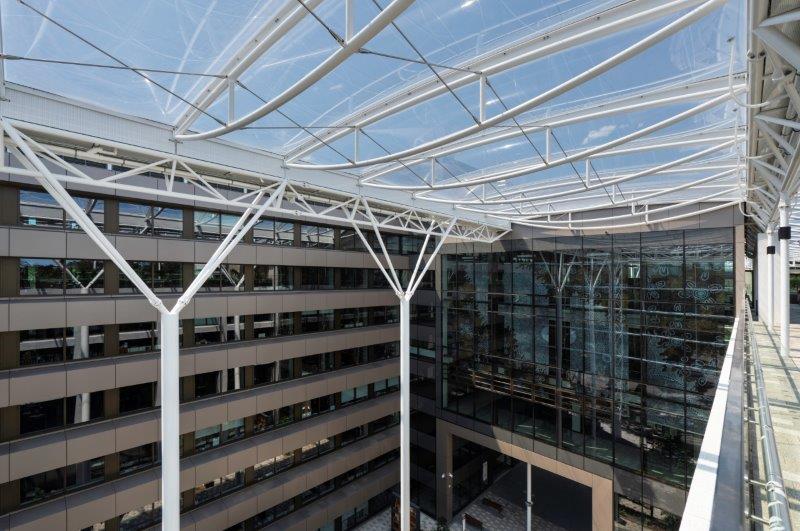 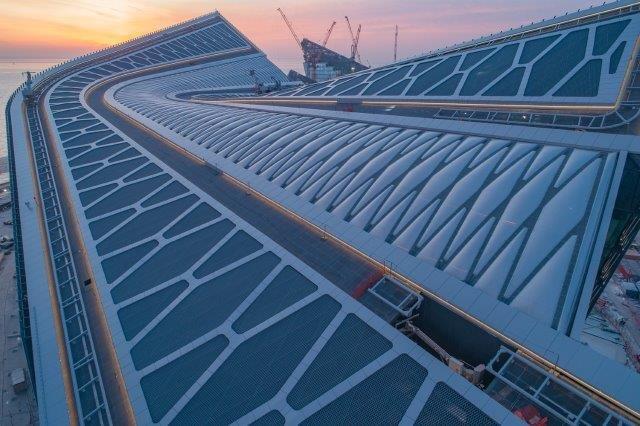