Construction progress on the New Atlanta Stadium by Birdair Inc. 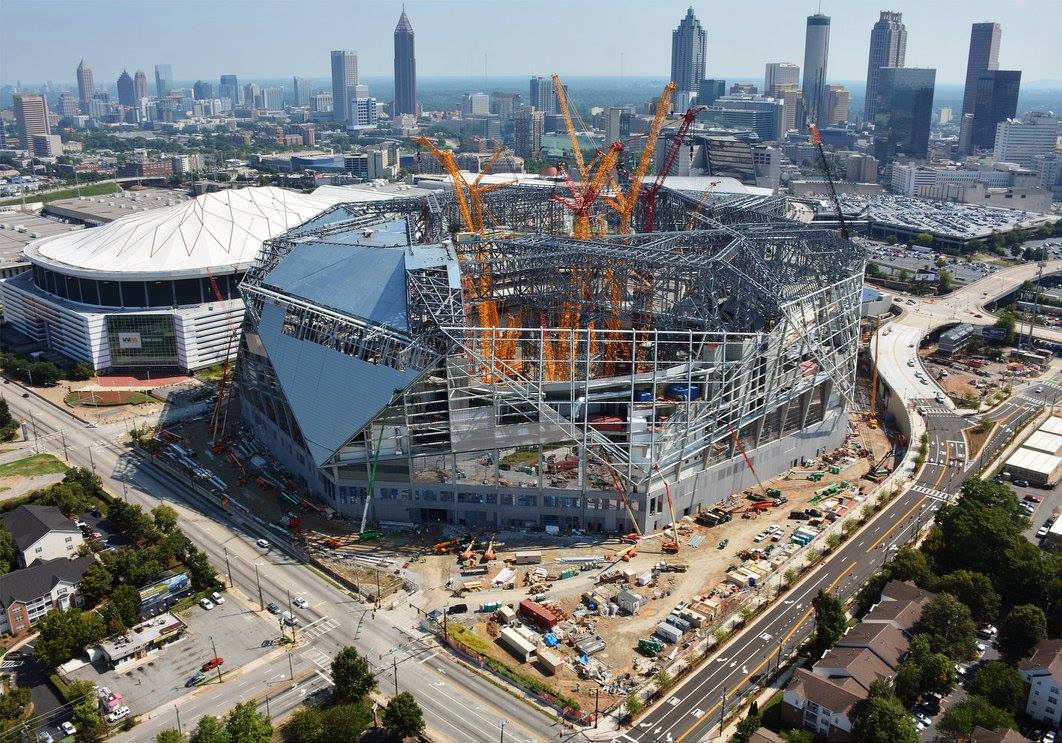 Construction is ongoing at on the New Atlanta Stadium in Atlanta, Georgina, USA. Birdair has been selected as the specialty contractor for the roof pillow system and facade solution for the new Atlanta stadium. The new state-of-the-art facility, set to open in 2017, will be home to the NFL’s Atlanta Falcons and MLS Atlanta and will host concerts, conventions and other marquee sports and entertainment events.

The stadium’s retractable roof, designed by HOK and TVS Design, and supported by Birdair, consists of four layered ETFE roof pillows on eight petals that retract, similar to a camera lens. Additionally, the façade will feature a single ETFE skin supported by a cable net system. The design requires approximately 12,500 square meters of four-layered ETFE pillows and air inflation system and approximately 15,500 square meters of vertical single-layered ETFE film and cable net. The roof will create an outdoor feel, allowing in natural sunlight when the weather is pleasant, and will protect players and fans during inclement weather.

With the decentering complete of the fixed trusses that shape the daring kinetic roof of the Atlanta Falcons stadium, the steel erector is adding the eight movable parts, called “petals,” that will close and open like an oculus. The steel erector expects to finish the petals in March. Tests on the petals’ travel mechanism are scheduled to begin in April.

The $1.5-billion development, now called the Mercedes-Benz Stadium, is scheduled to open for the coming professional football season and will host the 2018 College Football Playoff National Championship in January 2019, as well as the Super Bowl LIII on February 2019. 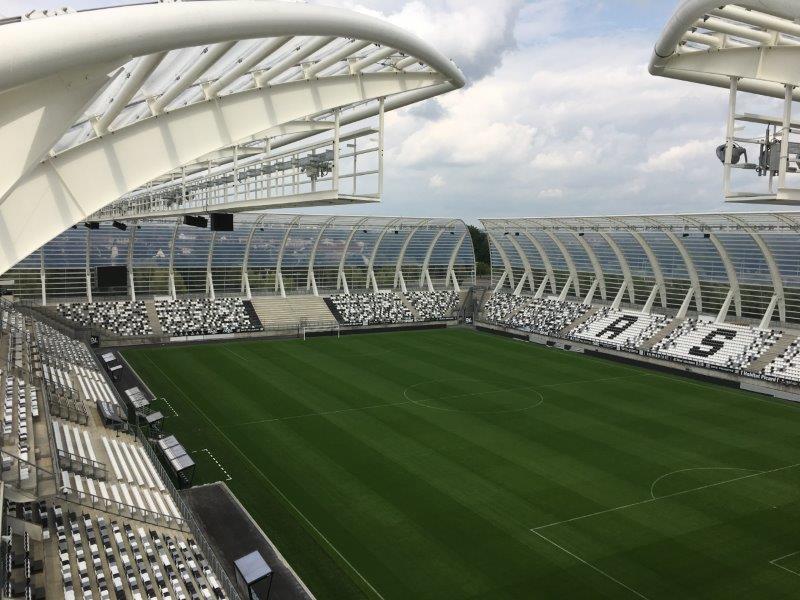 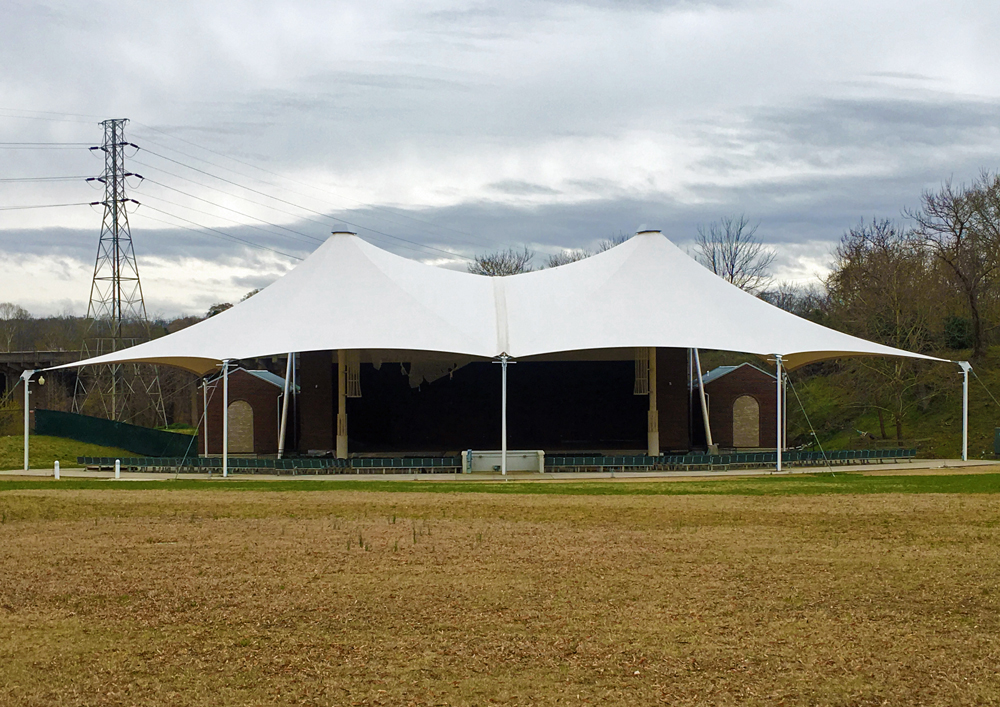 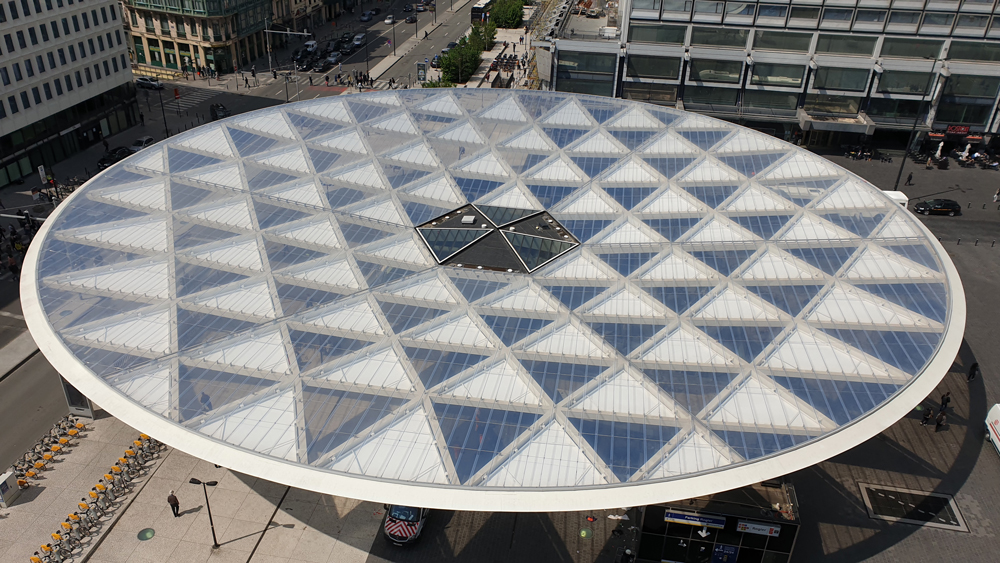 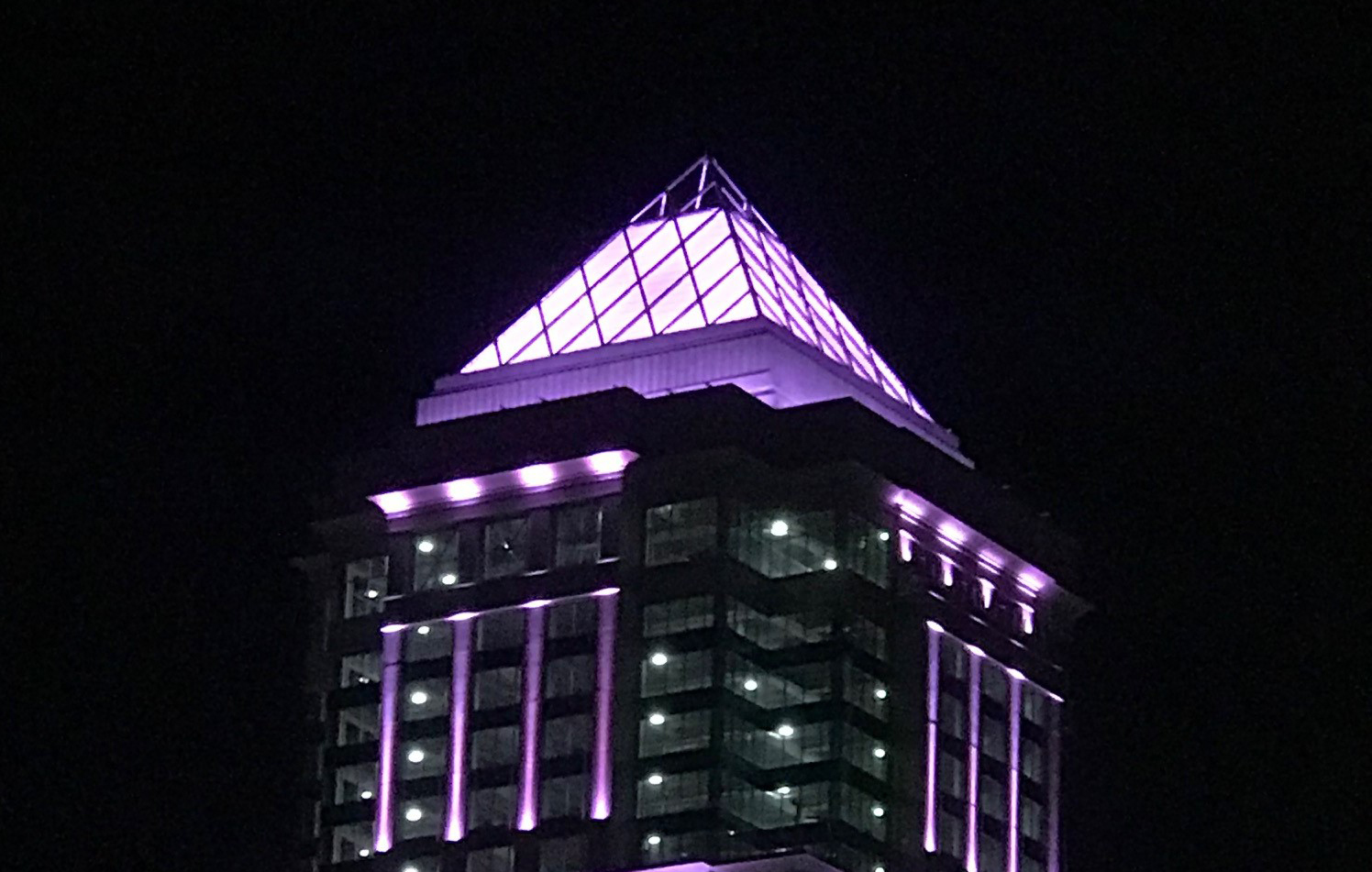 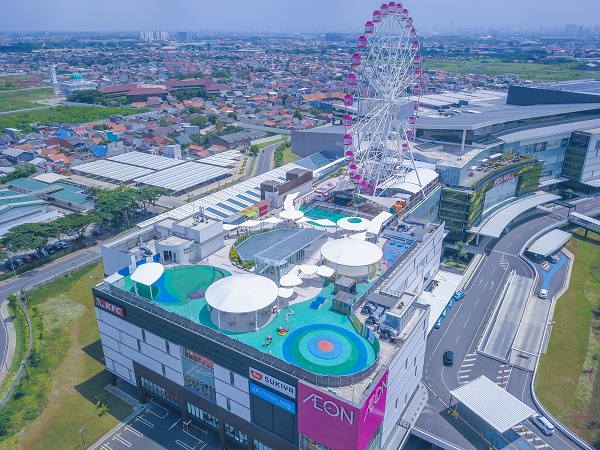